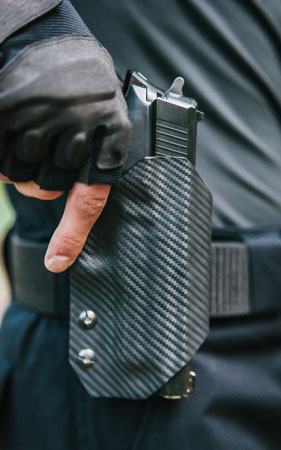 In airsoft, there are plenty of different weapons to choose from. However, most players opt for a basic rifle such as an M16 or AK47 replica. Get a reliable rifle with enough fps power, faster rate of fire, and lots of ammo in the magazine, and you’re all set.

However, a lot of people notice that lots of military personnel (including marines and infantrymen) tote a pistol as their personal sidearm even in combat. Because of this, some airsoft players do the same. After all, if the pros do it, then it must be a good thing.

So, is this the only reason why a sidearm is also important in airsoft? Not quite. While it’s true that a beginner may not need a sidearm all that much, the picture changes when you become an airsoft veteran.

No Need for Sidearms? 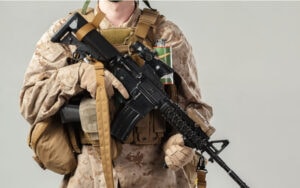 At first glance, there are plenty of arguments against buying sidearms such as pistols for airsoft. When you’ve played a lot of airsoft battles, you may notice that in the vast majority of cases, there’s really no need to switch from your rifle as your primary weapon to your pistol.

Compared to a rifle, a pistol simply doesn’t compare when it comes to a standard rifle like an AK47 replica.

For these reasons, newbies are advised to stick with the regulation rifles at first. They can then spend more money trying to customize and improve their rifle as their primary weapon. It gives them a better return for their money.

So, When Do You Need a Sidearm Pistol?

Yet when you gain more experience with airsoft, eventually you’ll think about having a sidearm such as a pistol on your belt when you play your airsoft games. Sure, it’s an added expense. But pistols are small and portable, which is a definite advantage. It’s not as if you’re burdening yourself with the extra weapon. 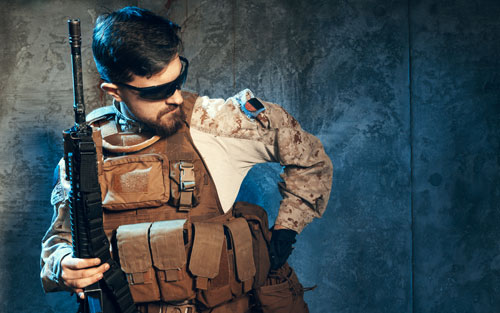 When you ride in a car, you buckle up, right? You buy health insurance, and lock your doors at night. Even when nothing happens, you do these things just in case something goes wrong.

The same goes with your primary weapon. It’s always crucial that you get yourself the most reliable rifle you can buy for airsoft, because you don’t want something to go wrong with it when you’re in battle. But if something does go wrong with the rifle, at least you don’t end up defenseless. You can still take cover and retreat, while you still have a pistol to keep kill the bad guys if they get too close.

There’s a saying among soldiers that it’s better to have something and not need it, than to need something and not have it. That pretty much explains why even real soldiers still bear sidearms in battles where everyone uses rifles. They bring it along just in case.

Even if something doesn’t go wrong, you may still opt for a pistol you can take out faster rather than reloading. This doesn’t happen often, as you can practice reloading your rifle so the entire process can take you just 5 seconds. But if the situation calls for it, then at least you still have the option.

You Need It If You’re a Sniper

That’s because if you’re a sniper, you usually have a bolt-action weapon meant for long-range shooting. But if the enemy suddenly stumbles into your position and finds you, your bolt-action sniper rifle is basically useless.

So, you can still whip out your pistol and run, while shooting the enemy. Pistols are great for on-the-run shooting, and they’re better at this than even regular rifles.

The Rules Call for It 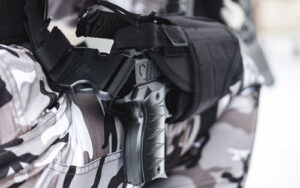 Sometimes the game explicitly calls for sidearms, because rifles may be deemed too powerful for that particular game. This sometimes happens in some indoors CQB scenarios, when a hit from a regular rifle may be too dangerous when combatants are too near each other. This time, the lower fps of the pistol is a benefit.

Some scenarios even call for you to carry a heavy package or even a person in a rescue mission. In that case, you use one hand to carry and the other hand for the sidearm. Using a single hand for a rifle isn’t as effective.

You Want the Extra Challenge

Who wants to take the easy way every time? If you’ve become good at airsoft, you generally still want to improve and get better. One way you can do that is to go against the enemy with a pistol while they’re using more powerful weapons. This is fair if it’s a CQB scenario and the enemies are newbies while you’re a veteran.

You can even challenge yourself by trying to use your off-hand with the pistol. Becoming ambidextrous with a sidearm is a nice challenge for even the best airsoft operators.

If you’re a newbie, don’t get a sidearm just yet. Stick with the rifle, and get better with it.

But once you’ve gained a lot more experience in airsoft, you will realize that a sidearm such as a pistol makes a lot of sense. They can also be a lot of fun and having fun is the point in airsoft!