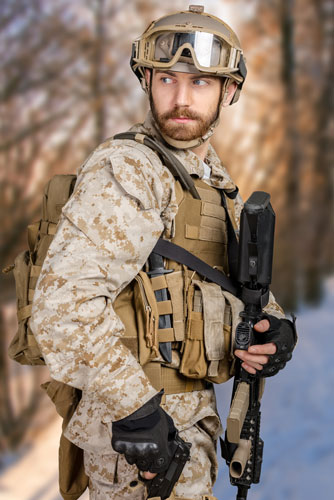 According to a survey, 42% of the Americans who play video games play shooter games. These are the ones that involve guns and firearms of different kinds.

Such video games are deemed fun and exciting by its fans so it wouldn’t be too far of a stretch for some to want to try doing it in person.

But since wielding actual firearms come with significant risks, many fallback on a more leisurely version of the activity: airsoft.

While the popularity of this outdoor activity has leveled out in recent years, it doesn’t mean that it has lost its charm.

Lots of people, especially young kids, want to give it a try since it will let them experience the excitement they only used to get while playing a video game.

It would certainly feel different to wield and use a gun replica to take enemies down as compared to a gaming console controller.

However, airsoft comes with its own dangers. Despite its name, it’s nothing but harmless.

Sure, many say that it’s not capable of killing with its maximum velocity of about 400-700 fps but it can still hurt and injure certain parts of the body.

Experts also believe that these things can kill small animals. With this, it’s not surprising why regulations have been put in place for playing airsoft.

Can Your Kid Play Airsoft?: The Safety and Legal Stuff You Need to Know 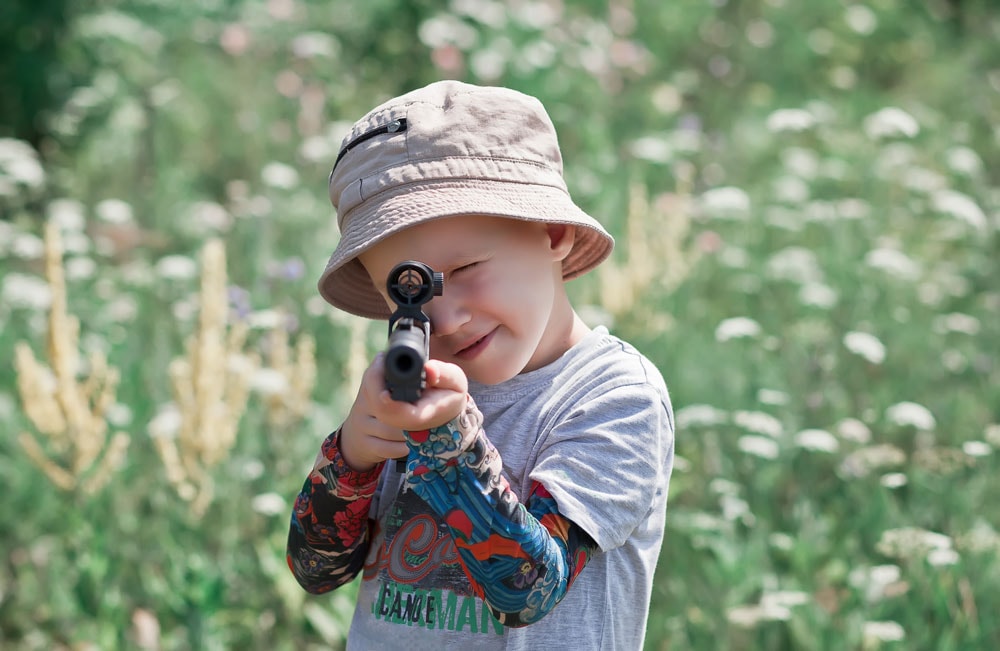 As a parent, you worry about your child’s safety. And if they are interested in playing with toy guns that can release high-speed pellets, of course, it’s just normal to be worried. It’s just right to ask whether your kid could or should play airsoft.

To help you decide on this matter, let’s get down to the nitty-gritty of this outdoor sport.

As mentioned above, airsoft comes with its set of dangers. Again, the shooting playthings are not very powerful but it’s also not completely harmless.

Depending on the make and model of the airsoft gun, it can release pellets at a very high speed which will definitely sting when it hits the skin.

While it’s not meant to break the skin, it can still cause some bruises. And if they hit more delicate areas of the body, they can cause injuries.

Eye injuries are typically incurred by airsoft players. A study found out that an average of 13,000 children under the age of 18 get eye injuries from non powder firearms. 22% of this number are serious enough to require hospitalization.

Airsoft can also injure you in other ways. While the pellets from these non powder firearms shouldn’t break skin, it’s not an impossibility. There are instances where the pellets can penetrate the skin and that will hurt. Some also got their teeth chipped and their nails damaged by airsoft pellets.

Aside from injuries, the appearance of airsoft guns can also pose some dangers. Since these items are designed to look like real guns, they can be mistaken for actual firearms.

In most situations, this can lead to a physical incident with law enforcers. Some have experienced getting tased or even more by just having an airsoft gun with them.

To prevent issues of this kind, it’s prohibited to carry and brandish airsoft guns in most areas.

Airsoft guns in the US are also required to have orange tips to differentiate them from real guns. It is illegal to remove this detail.

The Legal Issues in Airsoft

Just as important it is to look into the dangers of airsoft, it’s also crucial to know the legal aspects of the said outdoor activity. When something is deemed dangerous, it’s just natural that there are laws about them to help keep everyone safe.

So if you or your little one is interested, you should make sure to know the legalities involved. 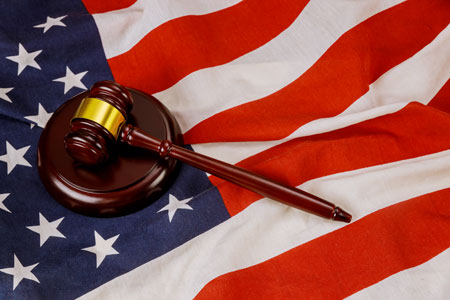 In the US, federal law does not classify airsoft guns as firearms. However, some major cities do, alongside BB guns. This is why it’s vital to know the local laws in your area if you or your child want to try out the sport.

Different states have varying regulations on these items, so it’s best to take a close look at what is being implemented where you live.

To give you some idea of how the different states regulate airsoft guns, here’s a quick rundown of what states enforce:

If your state has specific regulations on airsoft guns, make sure to take a closer look at the details to avoid any issues later on. 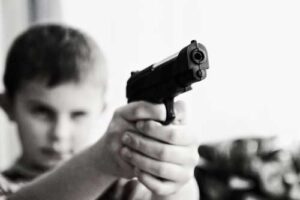 Should You Allow Your Kids To Play Airsoft Wars?

Now that you know an idea of what airsoft is like and what the law says about it, let’s take a closer look at your child’s qualification for the outdoor activity. With its risks and challenges, it’s easy to see that airsoft is not for young children. So it’s important to assess whether you should allow your kids to participate in airsoft wars or not.

To help you with this, allow us to discuss a few crucial points about the topic.

How Old Do You Have To Be To Play Airsoft Wars?

Rules on age restrictions for playing airsoft wars largely vary on where you live. It is also not recommended to let very young kids join as they may do have the skill or understanding yet of how risky non powder firearms can be.

Young children can easily injure others and themselves when handling such implements if they’re not ready for the responsibility just yet.

What is the age limit for playing airsoft wars? Is airsoft safe for 10 year olds? How about for 12 year olds?

The American Academy of Pediatrics (AAP) actually does not recommend a safe age for playing airsoft. They believe that airsoft guns are potentially hurtful so they strongly recommend parents to be very careful in letting their kids play with them.

On the other hand, some airsoft veterans believe that 13 years old is the best age to start playing. This is because folks at this age already have a basic understanding of the dangers and responsibilities that come with an airsoft gun.

The average age of airsofters are actually around this age. Many say that a large chunk of players are around 15 to 25 years of age, so starting at 13 wouldn’t be so bad.

There’s no age limit for the sport but there may be for certain events. Airsoft wars are usually spearheaded and organized by groups, so it’s best to check with your local organizations first if you or your child can join one. Look up local laws as well as your town or city might just have regulations on such activities.

Age limits tend to apply more to the acquiring and purchasing of airsoft guns. As the list of state laws above note, there are some states that do not allow minors to purchase or be in custody of non powder firearms. Take note of this to avoid any legal issues later on.

Where Are You Allowed To Play Airsoft Wars? 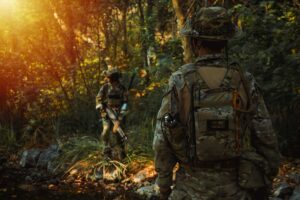 Due to the nature of the outdoor sport and the fact that you can’t just brandish an airsoft gun in public without getting in trouble with law enforcement professionals, you should also make sure to only hold airsoft wars in areas where it’s allowed. This is why most events of this kind are only held in private properties and designated airsoft fields.

It should also be noted that airsoft fields have their own regulations for wars held in their venues. They require players to abide by their rules on top of what the event organizer wants to enforce. They’re mostly for the players and the venue’s safety, so it’s crucial to follow them.

These rules and regulations, however, vary from field to field. Most venues have rules for engagement, dress codes, and speed limits. 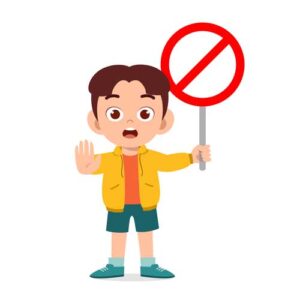 Rules About Kids at the Airsoft Field

Aside from local laws and regulations of organized events, airsoft fields might also have their own age restrictions for players. Many have minimum age requirements to ensure the safety of the players. There are some that allow young kids, however, but they require parents and adult guardians to be with the kids at all times while in the fields.

Aside from age restrictions, most fields also have dress code regulations for minors. In most places, a full face shield is required for everyone below 16 years old.

Some places may have their own quirks about kids playing airsoft, however. This is why it’s very important to check with the venue first about their rules and regulations. Otherwise, you might get turned away for not qualifying for the airsoft war. 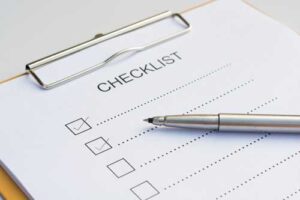 Once you’ve decided to give airsoft a try, you should make sure that you’re fully prepared for the battle ahead. This requires equipping yourself with the right gear for the job. So to help you get ready to live out the experience of your first-person shooter video game, here’s a list of the basic stuff you need to play airsoft:

If your little one is interested in airsoft, it’s very important to be careful when letting them do it. This sport comes with several challenges and risks, so it will be prudent if you take everything into consideration before deciding whether you should allow your little one to give it a go.