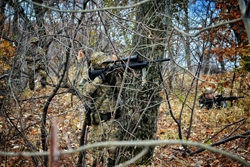 As you become more engrossed with airsoft fun, you eventually discover the world of milsim airsoft. So, what is milsim airsoft, and what makes it more riveting than plinking at targets in your backyard or engaging in close-quarters combat with a few airsoft buddies?

Milsim stands for military simulator, and it’s all about trying to recreate a genuine military combat experience. Some airsoft clubs offer this option, and it’s extremely exciting for everyone.

Imagine having to fulfill military missions such as assaulting or defending a camp all day, using army training facilities. Fighting can go on all day (and way past midnight), and like real soldiers you can go hungry and cold most of the time.

Some might say that these conditions are both the pros and cons of milsim operations!

Part of the fun is shopping around and finding the right storyline that catches your fancy. In many of these milsim operations, you may even have more than 3 factions going at it.

You may have more than rifles and pistols to use as well. Generally, these milsim operations can involve smoke bombs and grenades.

There are even some events that use tanks and drones, as well as recreations of historic buildings!

Each milsim club has its own rules regarding permissible gear, age limits, and offered scenarios. 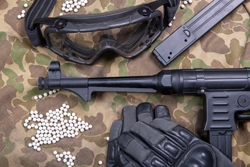 Here’s a list of the items you’ll need for a milsim operation. Just make sure that each item conforms to the rules of the milsim club or event you’re joining. 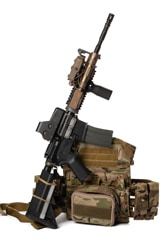 This will depend on your role in your team, but in general you’ll need an assault rifle and a sidearm for backup. Make sure that you follow the fps or joules limits imposed.

If you can take a backup rifle with you, then bring it. “Backups for everything” is a good rule to follow for milsim.

Bring a tool kit as well. During your rest periods, you can fix whatever’s wrong with your gear.

It’s best if you can take at least 5 magazines and maybe a 400-round speed loader. About a thousand rounds should be fine.

If you can bring an entire bag of BBs with you in your backpack, so much the better.

You may have to buy the uniform from the milsim club, to make sure that each team member has the same outfit.

However, you should buy your own boots. They ought to be comfortable to wear all day, while allowing you to run and move freely over various terrain types. 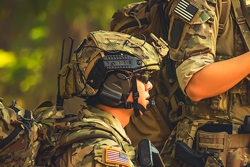 You need a face mask, with tough goggles for your eyes. Make sure these protective items can take shots at close range.

If you can, bring a backup facemask as well. If a set of goggles crack and you don’t have a spare, you won’t be able to return to the fight.

This is crucial for nighttime operations, and it’s affordable.

Some do use night-vision goggles, but such things may be too expensive.

However, if you have night-vision goggles then you can see in the dark without revealing your position to your opponents.

What is the age limit for airsoft milsim?

Plenty of these milsim clubs have an 18-year minimum age requirement, since these milsim operations can be rough and dangerous.

However, there are a few milsim operations that are open for younger players. In general, the kids are accompanied by adults and special safety rules are in place. 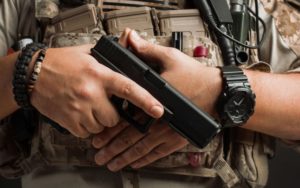 This depends on the milsim club, and the particular event. There’s often no regulated minimum fps, so as a rule you try to get to the maximum fps allowed.

The maximum fps also depends if there are children among the players. If that’s the case, the maximum allowed fps goes down.

It also depends on the allowed ammo used, and the facial protection standards.

It’s not uncommon to have these fps limits on various types of airsoft weapons (using .20g pellets):

These are only general guidelines, however. Check each milsim club for their own fps limits.

How Much Does MilSim West Cost?

MilSim West is a famous brand in the milsim community, as it’s run by an actual veteran and it offers imaginative scenarios pitting NATO forces against the Russian military.

Prices often depend on how early you register. Tickets generally cost $200 each, but if you register early then you may get a ticket for $175 or even less.

It still depends on the event as well. Shorter events tend to cost less.

What is the longest airsoft milsim performed? 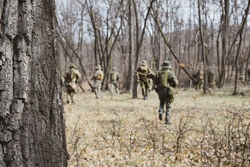 Plenty of airsoft operations go on for 2 days straight, because fighting during the night is a different kind of fun. Nothing beats having to fight for a day, then waking up after a few minutes of sleep in the middle of a full-scale attack!

However, week-long events are virtually impossible to host, since most airsoft fans don’t really have that much time to spare. Also, injuries can become more likely the longer the milsim operations goes.

Generally, these longer events last 2 to 3 days at the most. MilSim West once hosted a 60-hour event, but there were lots of minor injuries.

There was a 9-day Eastwind event, though. The event emphasized realism, so contact was actually rare.

Milsim airsoft is the closest thing to experiencing military combat without the actual risk of dying or losing a limb. For those who are serious about the hobby, it’s just fun-tastic.

What is an airsoft milsim?  It’s the holy grail of your airsoft experience!