This is a question that often comes up with newbies in airsoft, because it’s a factor that you can easily check in the airsoft gun’s spec sheet.

There are other factors that can have a greater effect on the airsoft weapon’s range, but it’s just that factors such as the quality of the hop up and the smoothness of the bore aren’t as easy to check before buying the airsoft gun.

The fps stands for “feet per second”, and it refers to the velocity of the airsoft round (BBs and pellets) you fire.

In general, that’s the case. If you’re choosing between 2 airsoft guns with exactly the same quality and features but the fps ratings are different, you should go with the higher fps.

That’s especially true if you’re a sniper who wants to hit targets from farther away. An airsoft gun with 250 fps won’t work as well as one with 500 fps. 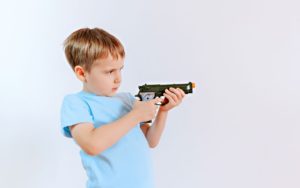 But higher fps isn’t always a good thing. There’s such as thing as “too much” fps.

Local airsoft fields generally place a limit on the fps you can have on your airsoft weapon.

First, they have to comply with local (whether state or national) fps limits.

Then they can also set their own fps limits for safety reasons. Airsoft fields in the same neighborhood may have a different set of fps limits, especially with kids playing.

This is why the fps limits are often lower indoors, because higher fps at close quarters can lead to serious injuries.

Besides, there’s no wind that can affect the effective range of the airsoft weapons.

A limit of 350 fps is common enough for indoor play. 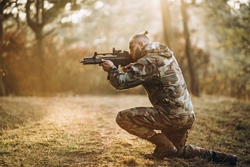 When playing outdoors, airsoft combatants tend to shoot at each other from farther away, and the wind can greatly affect the BBs and pellets.

These reasons are why the fps limits are generally higher.

It’s common enough to set the fps limit at 400 fps for regular rifles.

However, airsoft fields may allow higher limits for sniper rifles. That’s because with lower fps sniper rifles, the targets the snipers hit may not even feel the pellets hitting them if they’re hit from so far away.

Basically, the ideal fps is like blackjack. Go for the highest legal maximum you can attain, but don’t go over!

Outside the Local Airsoft Field

If you’re organizing a private airsoft game between friends, it’s still a good idea to follow local rules regarding fps. A gun with an extremely high fps can seriously hurt people, especially from up close.

But you can go as high as you like with the fps if you’re into hitting inanimate targets in your backyard. That’s especially true if you’re into betting when competing, though bragging rights can be enough motivation for some.

Also, you want really high fps for hunting, especially if you’re going after bigger game than rats and squirrels. Some of these weapons can even go past the 1,000-fps mark, which makes sense when you’re hunting deer and even elk.

A good benchmark is to go with about 350 fps for CQB and around 400 for field battles, if these fps ratings don’t go beyond local airsoft club limits.

So, what is a good fps for an airsoft gun? While you need to consider airsoft battle effectiveness, you also need to factor in safety considerations.