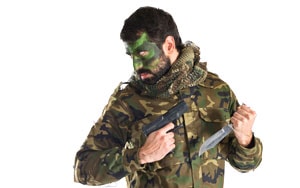 “Never bring a knife to a gunfight,” they say. In some instances, it’s not just an idiom but a perfectly agreeable tip as well. Doing so will leave you ill-equipped, especially if you don’t have a primary firearm.

Using knives vs. guns will put you at a disadvantage, unless you’re extremely stealthy. This isn’t keeping folks from asking whether they should use a knife in airsoft, however.

Can you use knives in airsoft games?

For those who are just starting out in the sport or just never thought of using knives when playing airsoft, you might be wondering whether you can actually use knives in the first place. To fully answer this question, let’s break it down to two major points first.

One is that it should be clear that we are not talking about regular knives here. Just like the guns used in airsoft, the knives that are used in the sport are not actual knives. They’re not made of steel but of plastic or rubber.

The latter is actually better recommended by experts as they can lower the risks of hurting someone else while in game. Some also use other alternatives like rubber chicken or other elongated items made of rubber.

Two is the fact that there’s no hard and fast rule for the use of knives in airsoft games. Knives aren’t even mentioned in the sport’s Wikipedia page which pretty much indicates that there are no established rules about its use. It all depends on the rules of the field and the actual game you’re in.

Some fields have restrictions about melee weapons while others don’t. Some organized games may also have strict rules about their use, so it’s best to check if your airsoft game allows the use of knives before whipping one out.

The opinion on the use of knives in airsoft is pretty divided. Some aren’t for it while others enjoy it. There are also those who don’t use them but also don’t have any qualms about others using them. So the best move would be to check beforehand before using it in a battle.

Should you use a knife in airsoft games? 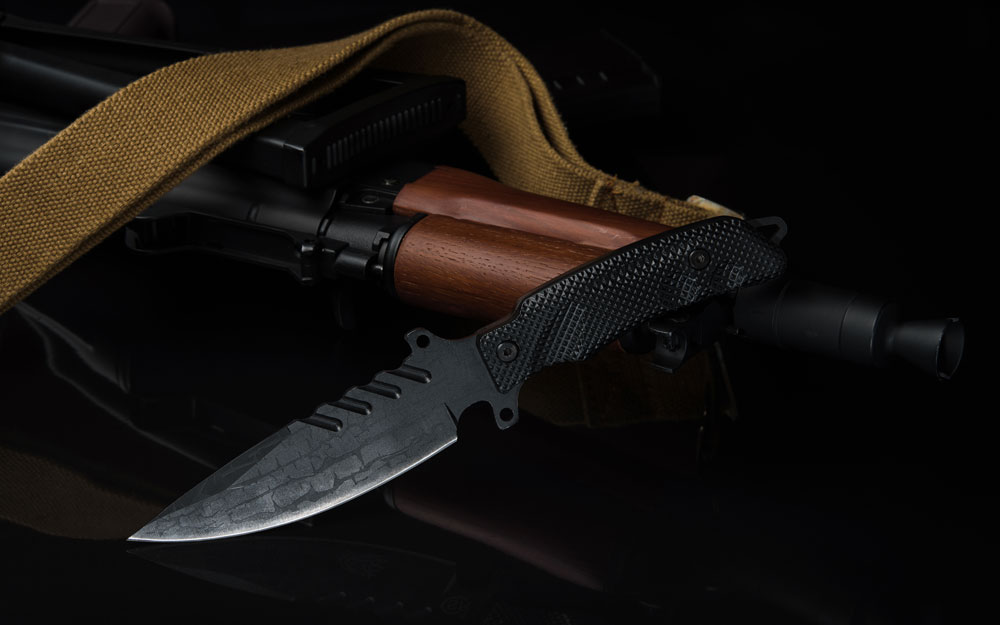 While you shouldn’t bring a knife in a gunfight, using a knife in airsoft games can add more excitement to the game. Achieving a knife kill is no easy feat as it requires a lot of stealth and strategizing. Sneaking up to an opponent is very risky and challenging so it adds another element of fun into the game.

However, as mentioned above, some players do not like to use knives for various reasons. Some don’t like to carry another item in their person while running about the grounds. Others just don’t want to bother with it in general. So it’s really a matter of preference. There’s no one way to approach the use of knives in airsoft.

How to Use a Knife in Airsoft Games: Basic Knife Rules to Keep In Mind

If you want to explore your options and try out using knives in your airsoft battles, you need to know the basics that come with this weapon. Here are a few important points to keep in mind:

What airsoft knife should you use? 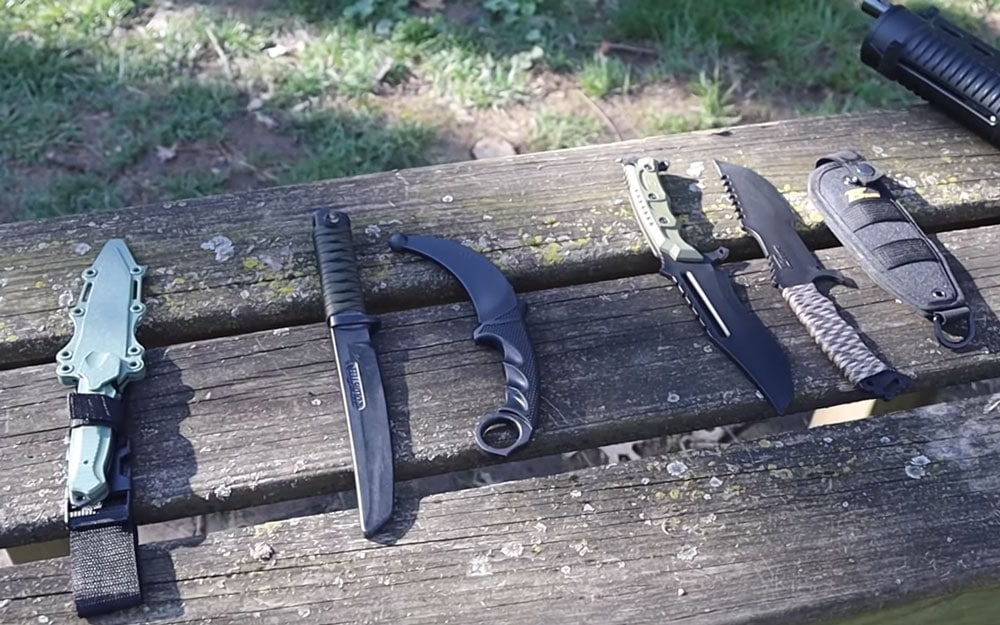 Firstly, you should make sure that your knife follows the rules that are implemented by the field you’re playing in and the organizers that are behind the battles. Most of them will have a general rule or two regarding hand weapons so it’s best to stick with them.

If you want to err on the side of caution, stay away from real knives. A quick web search will also give you tons of options to choose from, most of which are made of rubber which will easily make do. It’s actually recommended to opt for such types as they’re less likely to stab and hurt someone.

In terms of brand, there are lots of options available. It’s best to read reviews to get to know the products better and so you can choose accordingly.

What are the rules that you should observe when using a knife in an airsoft battle?

Like when using airsoft guns, there are several rules when it comes to using a knife in airsoft games. Here are the most important ones to keep in mind:

The knife you’ll use should be floppy.

Not all rubber knives are allowed in airsoft games and fields. Some can still be hard enough to hurt when thrusted against flesh. They can still cause injuries despite not being capable of puncturing the skin.

This is why most airsoft fields only allow rubber knives that can bend to 180 degrees to ensure that they’re not too rigid. As inflicting unnecessary pain is required to be avoided by many fields, it makes sense that they will also restrict the use of hand weapons that can needlessly hurt players in-game.

No hitting, stabbing, or slicing with a knife.

Some folks may think that using a knife in airsoft entails some impressive hand to hand combat but that’s not really the case. You can’t really hit, stab, or slice with this knife for two good reasons.

One, you’re not allowed to. Knife kills only require tapping your opponent with the knife in any part of their bodies. You’re not really required to do anything else with your knife as a tap will already simulate hand to hand combat or slicing the throat of an opponent for a silent kill.

Also, as mentioned above, most fields have rules against inflicting unnecessary pain to others so you shouldn’t try to intentionally attach others using your knife.

Do not throw your knife.

Making physical contact is not allowed in airsoft but knife kills are allowed since they only require a tap. However, this doesn’t mean that you can just throw your knife to your target to get a kill. Throwing is not allowed as it’s not safe.

Despite being made of rubber, these airsoft knives can still be quite heavy so they can really hurt when they hit someone. As inflicting unnecessary pain to others is not allowed in the game, you can’t just throw weapons around.

Some fields also will not count your knife kill if the dummy knife is not in your hands. So even if you throw your knife at an opponent and you hit them, there’s still a chance that you won’t score a kill with this rule.

When should you use a knife in an airsoft game?

Now that you’ve learned the basics of what to do and not to do with an airsoft knife, the next thing that you might want to know about are the tricks in using them. Learning about the opportune moments and right timing for their use will help you make the most out of your knife.

When are the best moments to use your knife, you ask? Here are a few good examples that you can make use of your knife:

Bringing Knives in an Airsoft Gunfight

Melee weapons definitely have their charms which is why many continue to bring knives in airsoft battles. The thrill and drama of it all make them very exciting and handy weapons to have. They’re not necessary to have fun in this outdoor activity but if you want to spice things up and try something different, consider giving it a shot. Just make sure to stick to the rules, however, so you can make the most out of this auxiliary weapon.