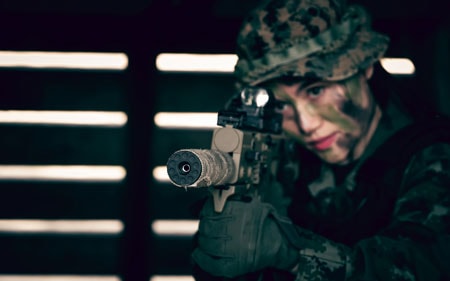 We don’t need to tell you that airsoft is a lot of fun, especially when you’re playing with a team of like-minded warriors who take the game seriously. But it’s a lot more fun when you win. You’ll know this especially if you lose a lot. After a while, losing gets old.

But you don’t have to keep losing, especially if you heed our advice. More often than not, plenty of airsoft teams lose because they don’t adhere to the most basic principles.

You don’t need a leader who will one day join the Hall of Fame with Julius Caesar, Alexander the Great, and Napoleon Bonaparte. You don’t need squad members who went through Navy Seal training and then went on to war with a bunch of medals.

You just need to follow the foundational principles of team sports. In many ways, winning an airsoft war is much like winning a basketball game in the playground.

First of all, you need to choose a leader. Most of the time, this is the person with the most experience in airsoft. This is the person that your team trusts the most to make the proper decisions. This person gives the orders, and everyone obeys.

A good leader, of course, is one who listens to everyone’s input if there’s time to discuss things. Then they give the orders decisively and clearly, so that others know exactly what they’re supposed to do. Everything starts from the leader, who can make sure that everyone in the team follows all the tips we list on this article.

Leaders can make mistakes, and that’s normal. How your team reacts will determine your winning percentage, or even if the team remains intact. The best team leaders learn from their mistakes, and the rest of the team takes things in stride instead of indulging in the blame game. After all, even Michael Jordan has missed game-winning shots. No one’s perfect.

It’s best that you have a clear chain of command, because in airsoft the leaders can get taken out of the game. If the team leader gets shot “dead”, then a clear successor to the position should take over. Rank everyone from highest to lower rank to make things clear. You may want to start with the “general” rank for the top dog, and then assign lower military ranks down the ladder: colonel, major, captain, lieutenant, sergeant, corporal, and then privates first and second class.

Once the team picks the leader and then assigns a chain of command, each team member should have a specific role to play. These roles can include:

The team leader should assign roles according to the strengths and weaknesses of each team member. If you’re a team member, speak up about your abilities and preferences, so the team leader can make sure you’re assigned a role you’re comfortable with. 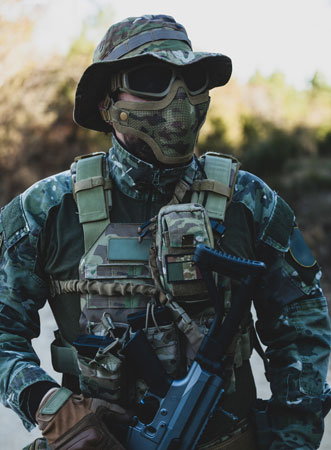 There’s a saying in warfare that amateurs think about tactics, but professionals study logistics. This may seem like an oversimplification, but the gist of it is absolutely true. In airsoft, that means your team needs to have and maintain the proper gear.

That starts with the safety gear. All airsoft fields have minimum safety requirements. Make sure you cover your eyes and mouth, and perhaps your ears as well. It may even be better to just get a full-face mask. The more protection you have, the more confident you are with the game. You won’t be too scared of getting shot and getting hurt.

Here are some other tips that can help: 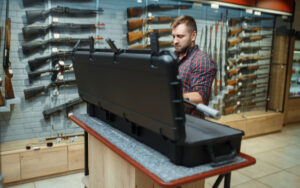 First of all, you need to comply with the airsoft field limitations regarding weapons and BBs. There may be rules on what weapons you can use, and what fps rating is allowed. Follow these rules, because you can lose the game if you don’t. That is, if you’re even allowed to participate.

With the rules in mind, try to get the best weapons and BBs that you can also afford. Consult with the veterans and check out the gear they use. Obviously, you need to get the right weapon for the job. You need a rifle with a longer range if you’re a sniper, and automatic weapons for cover fire. Each one may need a sidearm pistol.

It’s best to get weapons that don’t break down too easily. Then go with lightweight weapons as well. Over time, you’ll realize that it’s a lot more tiring to carry heavier weapons even if you think that a couple of pounds don’t make a difference at first.

Don’t forget to bring lots of extra ammo if you can (and if it’s within the rules). You need at least a whole bag of ammo, with extra magazines. About 2,000 rounds ought to do it, since you may end up sharing your ammo with the rest of the team. Bring extra power supplies as well.

It’s absolutely crucial that you take care of your weapons as well. 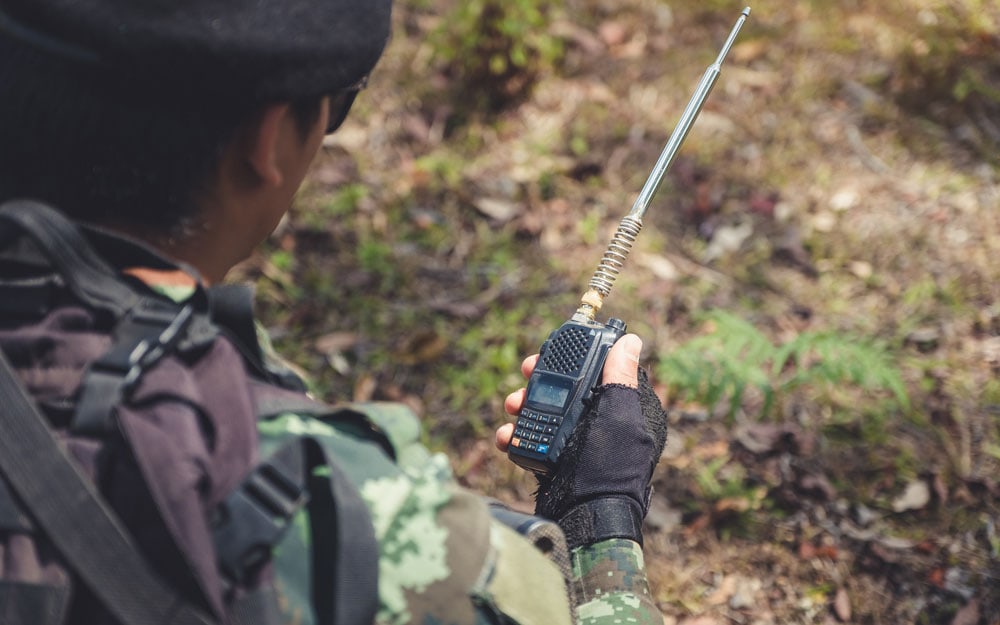 When you’re in the field, you often don’t have the luxury of speaking out loud so team members can get their information and orders. When a scout sees the enemy, they should be able to inform the rest of the team without talking.

Here’s a rather comprehensive army field manual for visual signals, though you won’t need to use all of these. After all, you don’t necessarily need to know the hand signals for “air attack”. But agree on signals for the most common info and orders such as:

For some larger-scale battles, your unit may separate. That means you guys will need radios for everyone.

Each scenario will require its own set of tactics you can use. But in general, there are 3 basic scenarios you need to prepare for: 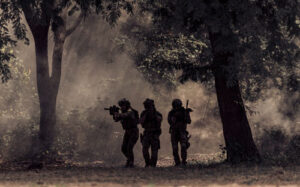 This is when your team is moving around trying to find the enemy. This works for both attack or defense. For attack, you need to know the location of the enemy so you can generate your assault plan. For defense, your patrol gets your team ready for the assault, and you know in which direction the enemy is coming from.

You may want to use 2-man units to patrol, so that each “buddy pair” can back up each other. Even sniper teams are 2-man units, with a sniper backed up by a spotter.

Keep in mind that in many airsoft battles, it’s best to keep on moving.

The overall plan depends on the particular situations, but you need to learn how to combine assault maneuvers with covering fire.

It’s best if you can attack stealthily at first. When the defensive team knows you’re there, things can get very hairy for you. In fact, it’s a truism in war that you often need a 3 to 1 numerical superiority when you attack a prepared dug-in position in battle.

You should learn how to solidify your defensive position, with proper positioning of the team to make use of cover. Then you also may want to have some patrols, so that you’ll have some heads-up warning regarding any potential attack.

All in all, your team needs to read up on military tactics you can use for each particular scenario. Urban warfare, when you need to clear out an entire building, is a different case from outdoor battles. You may also need specialized tactics for scenarios that involve hostages or prisoners. 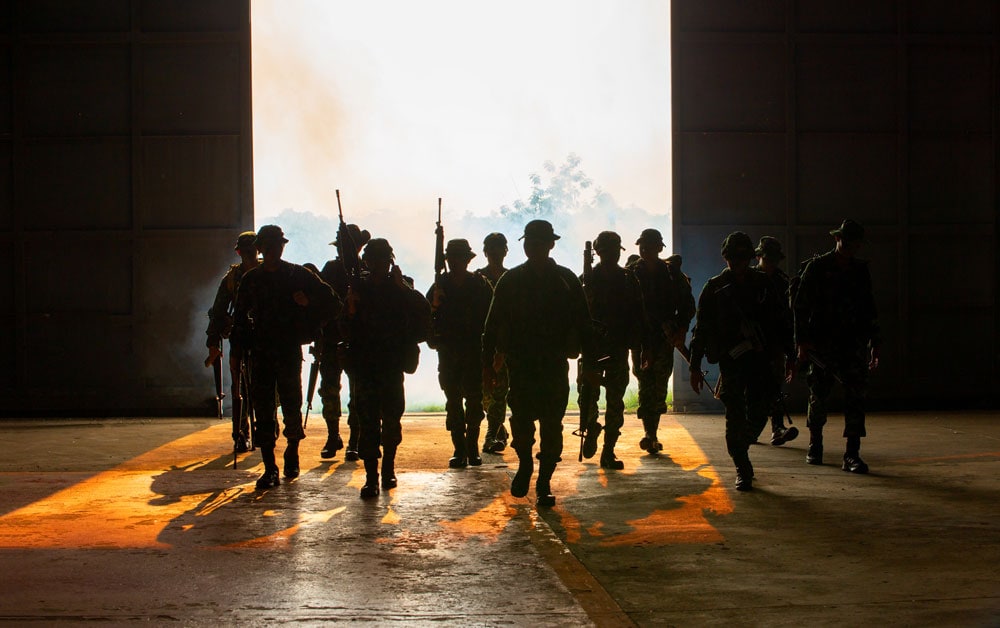 We can’t emphasize enough the importance of practice to win the airsoft war.

This starts with practicing your personal skills. Start by improving your shooting speed and accuracy. Try to shoot in your own backyard if you can to improve your shot.

Also, practice unjamming your weapon. This tends to happen even with the best weapons, so you need to know what to do in the field. By practicing this, you can unjam the weapon in the field quickly and efficiently.

Then try to be conscious about your own mobility, balancing the need to be quick and the need to remain quiet. Learn not to step on twigs and other stuff on the ground that will make noise and alert the enemy to your presence.

Then the whole team needs to practice working together. This is crucial, just like in the playground when the high school basketball team regularly trounces a team brought together on the spot. In airsoft, you need to learn how to anticipate your team mates so that you can all work together smoothly.

Practice your communications as well. That means learning the radio lingo and the hand signs you can use to inform others.

For the most part, teams generally practice by playing together a lot. At first, you may lose lots of games since your team members are still trying to get used to each other.

But after a lot of games, your team is bound to get better.

As the team leader, your increased experience should tell you what tactics to use and orders to give for any particular situation. Your team mates should be better able to follow these orders eventually as well. They’re able to practice their skills on the field, while they also learn how to work together with the others.

Practice makes perfect, so that your body knows what to do automatically when you get into action. Lots of airsoft players can get very nervous, but with lots of practice you can do stuff without having to take the time to think about it.

But you also should practice thinking things through. If you have the time, make a plan of action for possible situations. That way, your team knows what to do if you suddenly get in contact with the enemy.

Of course, airsoft is just a game. But it’s a lot more fun when you play seriously. If you have a team with all the members taking it seriously, you’re much more likely to win in the end!