It’s not uncommon when you first see your airsoft weapon that you immediately think about how to remove the orange tip from an airsoft gun.

That’s mainly because that orange tip doesn’t look cool. It makes it pretty obvious that what you have in your hands is a toy gun, and that’s something that doesn’t sit well with plenty of airsoft enthusiasts.

In our minds, what we do has a “serious” aspect, just like playing football or golf. If we’re using what’s obviously a toy, then the whole airsoft thing becomes a bit sillier and more childish. 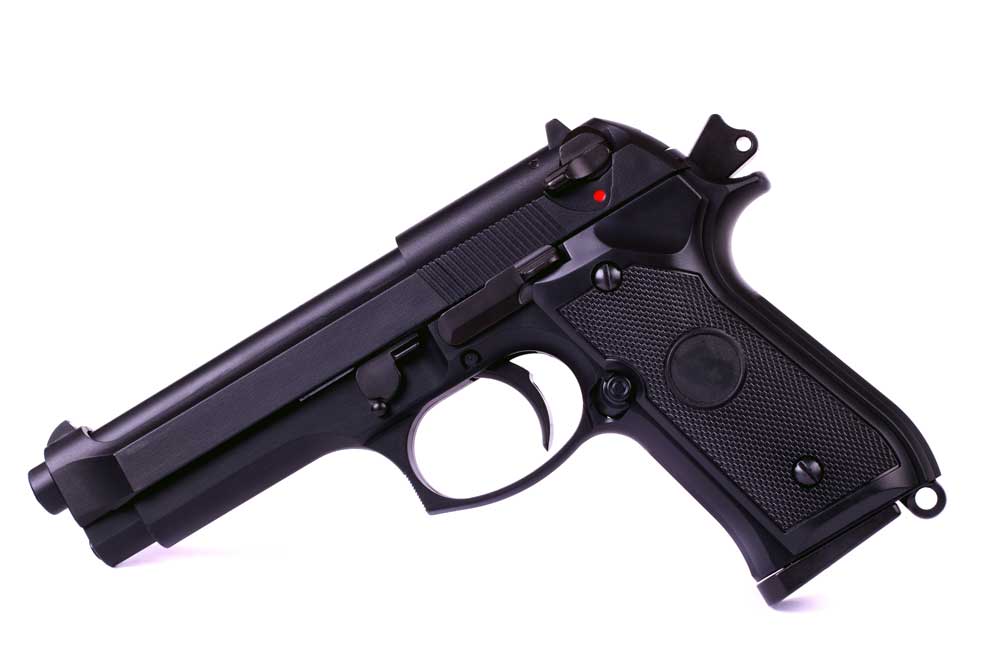 One of the main reasons why airsoft fans like their weapons is that they’re based on actual firearms.

Many of them are very realistic replicas. Even without the accurate weight, an accurate look makes the airsoft replica a fine piece of décor in a gun collector’s home.

Another main reason is for the movies. If you’re making a student action thriller movie for film class, then you don’t want that orange tip to ruin the sense of realism.

It’s much easier and cheaper to just get the orange tip out, rather than use CGI. Also, it’s much safer than using an actual firearm in your movie.

Some of the official replicas come with the same size and shape, and they may even give you a very accurate weight.

That’s great for holster drawing purposes. You can also use the airsoft replica to familiarize yourself with the actual weapon.

An airsoft weapon that looks real can also offer more excitement and enjoyment in airsoft battles. It gives you a more real sense that you’re in an actual gunfight.

Some airsoft guns even offer a blowback feature, so you get a faithful sense of recoil.

But the sense of having a real gun with all these accurate representations is ruined, simply with the orange tip.

And that’s another one of the main reasons why you may want to take it out.

One reason why you may want to keep the orange tip in is that it hides the flash when you fire. If you do remove the tip, you may want to replace it with a black flash cover instead.

However, with some of the more expensive airsoft weapons, you may want to remove the orange tip to make use of the 14mm threads under the tip.

This 14mm thread can accommodate a whole bunch of barrel attachments. You can put in mock suppressors, sound amplifiers, and tracer units.

Can I take the orange tip off my airsoft gun? Is it legal?

Most airsoft fans are actually law-abiding citizens, so this is a very common question to ask.

According to certain legal experts, the law requiring the inclusion of the orange tip is technically applies only to manufacturers that based outside the US. When they sell or deliver their replicas to the US, the replicas must have this orange tip.

However, some US manufacturers comply with this requirement as well. They do this for the safety of their customers, though it can also reduce their legal liabilities.

Technically speaking, there’s nothing illegal about removing the orange tip from your airsoft gun.

The more pertinent question is: should you?

Of course, there’s a difference between what’s “legal” and what’s “safe”.

The point of the orange tip on the airsoft weapon is to denote more clearly that the gun isn’t real.

Without it, people can just assume you have a real weapon in your hand. These people can include the police, who can shoot you when you’re holding such a weapon in their presence.

Of course, some may argue that even with the orange tip, the cops can shoot you if you’re holding an airsoft gun.

Heck, cops can even shoot you when you’re holding your cellphone.

Still, the orange tip adds an extra layer of safety protection, even if it doesn’t mean all that much in a lot of cases.

If your kid is using an airsoft weapon, you may want to keep that orange tip in. You never know if it makes a difference at some point.

Also, plenty of manufacturers won’t fix an airsoft weapon that’s still under warranty if you removed the orange tip.

Let’s say you have a good reason to know how to get the orange tip off a BB gun or Airsoft. Now what should you do?

The required steps to removing the orange tip depends on its type. There are 3 types of orange tips in airsoft guns:

Each type of orange tip may require different ways to remove or hide it.

Several Different Ways of Getting Rid of the Orange Tip

See if any of these methods will work for your airsoft gun:

This is the simplest problem.

The Orange Tip is Glued In

If the tip is glued in, it’s a bit more involved:

You can always use black electrical tape on the orange tip to cover it.

In this case, you just need to remove the paint.

You can also use a non-corrosive fluid paint remover.

If your orange tip has a black-colored base, you can use this method:

If the non-corrosive fluid paint remover doesn’t work, use this method instead:

You can still use spray paint even if you can’t take out the orange tip:

With airsoft guns looking a lot like actual firearms, you may want to treat the whole issue as if you’re dealing with real firearms. That means your first priority above everything else is all about safety.

So, you need to be absolutely sure that you have a good reason to take out the orange part from the tip of the barrel.

If you do this, then it’s a very good idea to never brandish the airsoft weapon outside the home or a recognized airsoft field. You’ll just alarm people around you, and there’s always a chance that you’ll get shot.

Just leave it at home, and then bring it to an airsoft field using a bag.

Still, if you do have a good reason, now you know how to remove the orange tip from an airsoft gun.