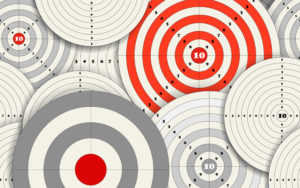 Stick a printed shooting target into any flat surface and you’ve already got yourself one of the best ways how to make DIY airsoft targets. However, if you want something that will let you re-use your ammo, you will need to create a trapping structure as well.

For this, boxes and containers made of different kinds of materials will make do. Sit the box on its side with the opening facing you then device a way to hang the shooting target in front of its opening and you get yourself a homemade airsoft target trap.

As an airsoft gun owner, it’s very likely that you’ll find yourself itching to shoot some rounds from time to time. Whether you’re a newbie or a seasoned player, it’s likely that you’ll want to enjoy the exhilaration that often comes with locking in on a target and pulling the trigger.

If you can’t join a game often for one reason or another, it doesn’t mean that you can’t spend some time with your airsoft gun. As long as you have some space at home and some free time, you can definitely enjoy some practice shooting at home.

To get started, you might need to learn how to make DIY airsoft targets first. Don’t fret, though, because this project is very easy to do and may not even require you to purchase anything. Below are a few methods that might tickle your fancy.

There are a few different kinds of homemade airsoft targets that you can make. See below the materials they require. 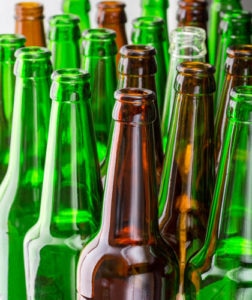 For a DIY Plinking Target

For a DIY Multitarget

For a DIY Traditional Target Stand

If the list above confused you a little bit, some elaboration on the different kinds of airsoft targets may be necessary. As the list suggests, there are various types of airsoft targets that you can use for at-home target shooting. The ones above are actually just a few of what you can use but others may be a bit more complicated to DIY, so let’s stick to the simplest ones.

First is a plinking target. ‘Plinking’ refers to the act of shooting at an informal target and has always been considered as a popular sport for gun shooters for decades already. Plinking targets are not standardized and can be just about anything, making it the easiest to try at home.

A trap target is a shooting target that is designed to catch the pellets expelled in the process. It’s the most popular DIY target design among airsoft players as they make it possible to reuse ammo. This target is designed to catch and hold the spent bbs during the shooting practice so it’s the best choice for those who want to be practical about their airsoft target practice.

As its name suggests, a traditional target stand is exactly what it is: a shooting target attached to a stand. It’s the basic kind that you’ll often see in shooting ranges or used in dynamic training deals and some military simulation airsoft games.

A multitarget is not a standard target design but an enhanced trap target. It also features reactive targets and hanging targets. It can also be the ultimate DIY airsoft target since it can be customized to whatever kind of setup the maker wants to create.

How to Make DIY Airsoft Targets

Here are the steps to make DIY airsoft targets:

A Few Things to Note When Practice Shooting at Home

Before you start with your project of whipping up a DIY target, there are a few important points you should keep in mind as well:

Your choice of materials matter.

While you can definitely use items that are lying around the house unused for such projects, picking out sturdier ones can promise sturdier targets. All of these homemade airsoft targets can be reused if you opt for sturdy materials and if you choose not to use your strongest airsoft guns for your shooting practices with them.

Safety should be your priority.

It’s always a must to prioritize safety when it comes to handling and shooting airsoft guns as they can be quite powerful. When practice shooting in your backyard, stay away from where people might be as you can accidentally hit someone if you’re not completely careful. It’s best to face away from structures entirely so as not to hit and damage windows, walls, and other parts of the house as well.

Practice shooting at home can be a good alternative to playing actual airsoft games, especially with the right target. Luckily, it’s not so difficult how to make DIY airsoft targets so you can certainly whip some up without breaking a sweat.

As the list above suggests, you also have several options to choose from. While there are still lots of other options available, the roundup above includes some of the easiest DIY methods so they’re great to start with.

Hopefully, you found them useful and enjoyable but if you have other suggestions, don’t hesitate to share them in the comments. While at it, you might also want to consider sharing this guide to your friends and airsoft teammates as they may also find it beneficial for their target shooting practices at home.