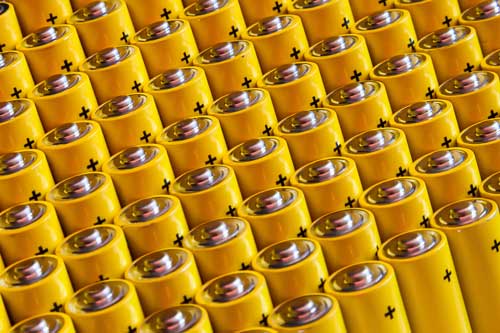 Here’s one question that even newbies to airsoft need to know about: How long does an airsoft battery last?

This question is relevant for most of us, since even newbies use AEGs as their primary weapon in airsoft battle simulations. An automatic electric gun uses a rechargeable battery as its power source.

Therefore, how long the battery lasts will determine how long you’re able to play your airsoft game.

It doesn’t matter if you don’t run out of bullets since you packed your ammo belt and vest with a dozen clips, without the battery power to fire them.

It’s true that theoretically, you can take out the spent battery and replace with another fully charged battery. But this takes a lot of time and care, and it’s not really advisable to do it while you’re engaged in battle.

This means you’re stuck with however long your battery will last. When it runs out of juice, your airsoft game is effectively over. 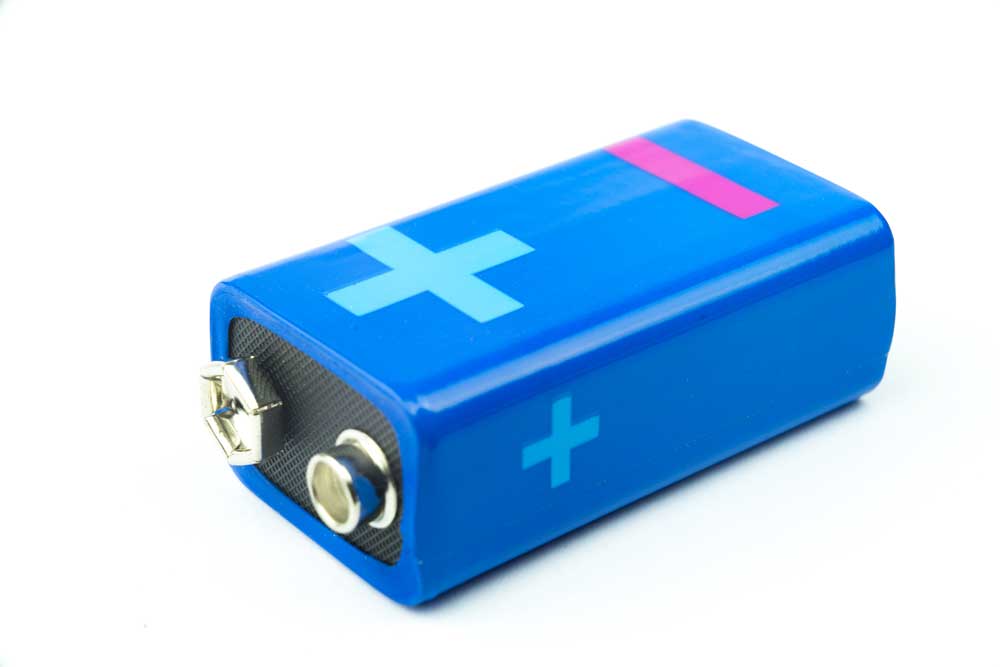 Usually, the battery has info printed on it regarding its mAh rating. The “mAh” stands for milliampere, which isn’t really important for most of us non-technical players.

What’s more important is the number rating you get for the mAh rating. That number roughly corresponds to the number of shots you can make with your AEG.

This is only a rough approximation, though. You generally have range of plus or minus a hundred shots.

Other Factors that Affect Battery Use

Of course, you have other factors besides the mAh rating:

Why Go with the LiPo Battery? 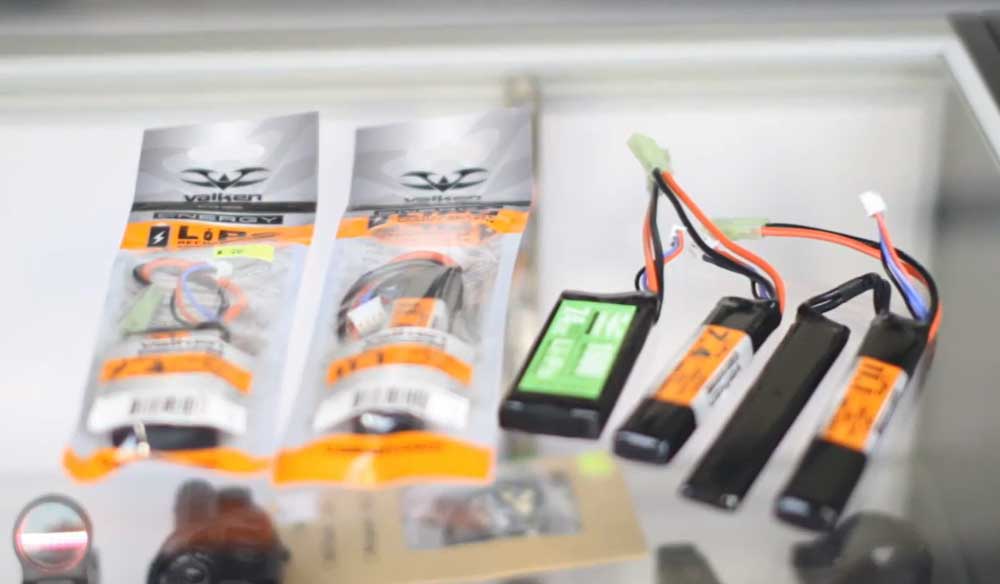 Plenty of longtime airsoft gamers recommend that you go with a LiPo battery if your using an AEG. Even though it has its drawbacks, it’s still a much better choice than a Nicad or a NiMH battery.

You just need to pick the right sort of LiPo battery, and you should recharge it carefully.

Here are some reasons why a LiPo battery is better:

As you know by now, you’ll want the highest mAh rating you can get for longer airsoft gameplay.

There’s also no such thing as an mAh rating that’s too high. The mAh rating won’t affect or damage any aspect of your AEG, aside from how many shots your AEG can fire when your battery is fully charged.

Despite the fact that LiPo batteries tend to offer higher mAh ratings, they’re also generally smaller than the other batteries. That means you won’t take up too much space in the AEG. 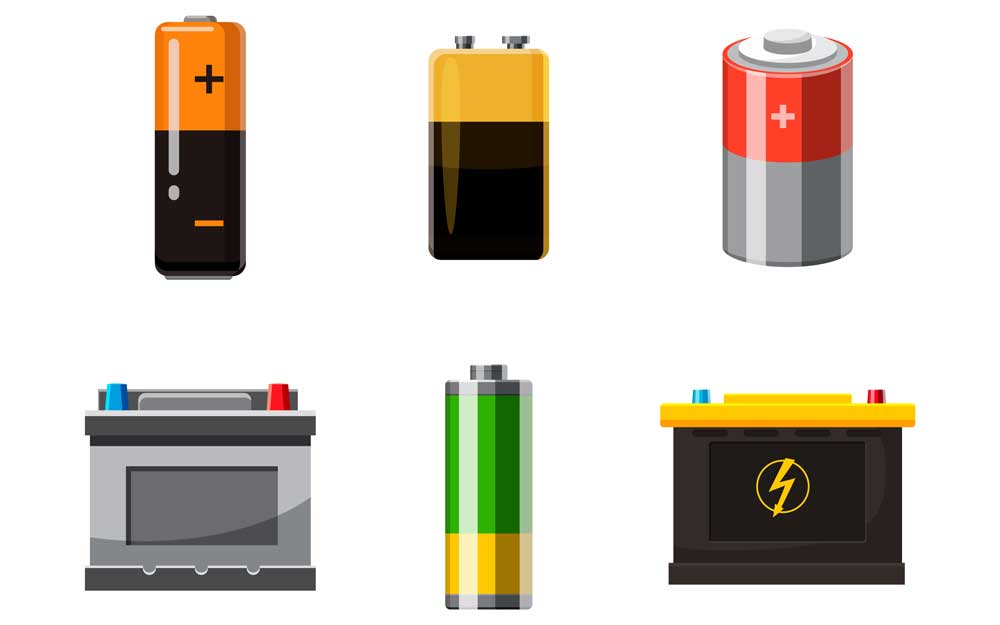 It’s generally accepted that you should go with the highest battery voltage your AEG can handle. That’s because the higher voltage gives you a faster rate of fire.

That faster rate of fire can then make sure you hit your moving targets during a battle simulation.

If your AEG can deal with the higher voltage, then you should go with a LiPo battery. These batteries, as a rule, generally offer a higher voltage.

The trigger response is the amount of time between pulling the trigger and the pellet leaving your AEG barrel.

Obviously, you’ll want a shorter trigger response, especially when you’re dealing with moving targets. With a long trigger response, your target may no longer be in the spot you aimed at when you pulled the trigger.

This is true when you’re not using the battery. The energy in the battery stays put.

Of course, you need to consider the following factors:

Your Gearbox May Not Be Able to Handle the Higher Voltage

This is one of the main reasons why some people upgrade their AEG gearbox. They want to take advantage of the better rate of fire given by high-voltage LiPo batteries.

If you persist in using this higher-voltage battery, you may get a faster rate of fire. The trouble is that your gearbox can’t take this rate of fire, and you end up with a damaged gearbox.

Most of the time, you only have a few minutes before you ruin your AEG gearbox because of this.

You Can’t Abuse These Batteries

Take care of them, and don’t drop the batteries from a great height. You’ll just damage it.

You Shouldn’t Allow the LiPo Battery to Discharge Completely

You should be familiar with the signs of low battery power when you’re using a LiPo battery.

Generally, you’re not firing as fast as before and the trigger response isn’t as quick. In some AEGs, you may even have an indicator saying that you’re low on battery.

When you see these signs, don’t ignore them and try to squeeze the last drop of power from the battery. Just call it a day.

The good news is that if you do have a high mAh rating, you may have enough juice to power the AEG for the whole day.

On the other hand, you do get your money’s worth when it comes to your AEG performance and battle readiness. Lots of people are willing to spend the extra money for more battery power and a faster rate of fire.

Do NOT Overcharge Your LiPo Battery

You know how you sometimes charge your smartphone overnight? This is the kind of recharging habit you don’t want to do with your airsoft LiPo battery!

When you overcharge the battery, bad things happen:

How to Charge Your LiPo Battery Properly

Some people stick with Nicad and NiMH batteries because of these LiPo battery risks. But these are acceptable risks if you take measures to avoid them in the first place.

Here are some things you can do to make sure you recharge your LiPo battery the right way:

Use a Smart Charger

This comes with an additional expense, but it’s another case of money well spent.

A smart charger will automatically stop charging the LiPo battery when it’s fully charged. That means you won’t have any trouble with too much heat and too much flammable oxygen.

You can even use this for overnight charging, and you can sleep soundly without any worries.

What If You Don’t Have (or Want to Buy) a Smart Charger?

If that’s the case, then you can still recharge the LiPo battery. You just have to watch over it while it’s recharging.

This is usually indicated as “OUTPUT: DC 9.6v 500mA” or something similar.

What you need to check is that “500mA” indication. In this case, it means the battery charges at 500 mA (milliamperes) per hour.

Then you again check the mAh rating, such as if you have a 1,200 mAh rating.

Don’t plug in the battery charger into a power strip or an extension cord. That may just extend the charging time needed.

When you charge with your normal charging time (using the math), you may find out later during the game that you didn’t really have full charge to begin with.

Just plug in the charger directly into your wall socket.

With these tips, you should be able to figure out how long you have with your airsoft battery.

Of course, it depends on the battery you get, the rate of fire, and how well you take care of your battery.

So how long does an airsoft battery last? That’s up to you!