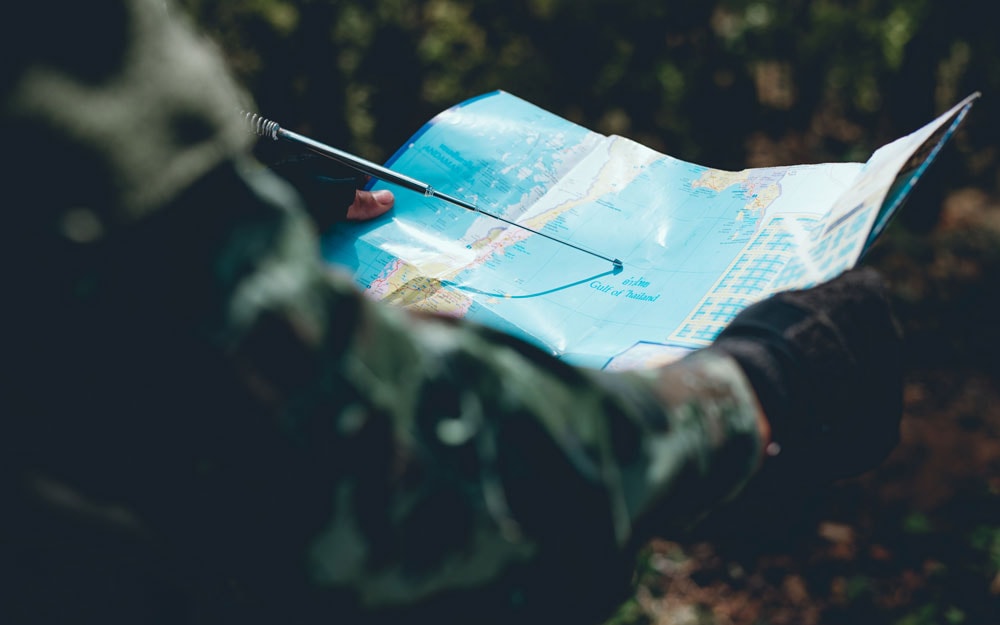 Airsoft is often a team sport, and like in most team sports you generally have specialized positions to fill.

After all, in American football you have the quarterback protected by the offensive linemen, with wide receivers and running backs along with the kicker. In basketball, you have the point guard and the shooting guard, the power forward and small forward, and then the center.

The same goes for airsoft. The maximize your team effectiveness in battle, you need team members to play different roles to support each other and to attain your objectives.

So, what are these roles? Here are some of the most basic roles that should be filled out to help your team win. 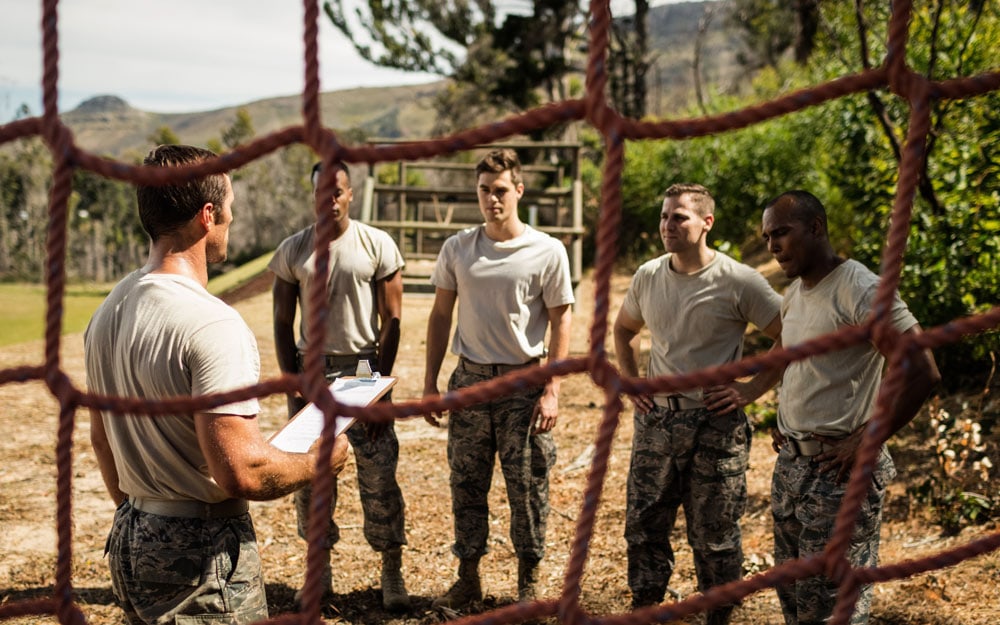 The team leader is the “general”, and they’re the one who calls the shots. In military units, having a “dictatorial” leadership style is certainly more efficient than leadership by committee. There’s no time to vote on every decision. Someone must call the shots and everyone needs to obey. That’s the core of military discipline.

Of course, you can still practice “democracy” and elect the team leader. After all, this is the person that the team members trust the most. In general, it’s the person with the most airsoft experience and who can be calm and think clearly even while in stressful conditions. You don’t want a team leader who doesn’t know what to do or who panics under fire.

The leader’s roles include the following:

Basically, if the team has to do anything, the leader has to sign off on it. Nothing gets done without the leader’s say-so. If there’s time, a leader can get suggestions from the rest of the team, since the leader can’t be expected to come up with all the ideas. Others may offer suggestions and advice, but it’s the leader who calls the shots in the end.

The importance of the leader cannot be underestimated. In various battles, victory has been achieved simply because of the army’s belief and trust in their leader. It’s crucial that the team leader stays at the back so that they can monitor the squad and the entire battle. They need to keep track of the big picture, and give new orders when the situation changes. 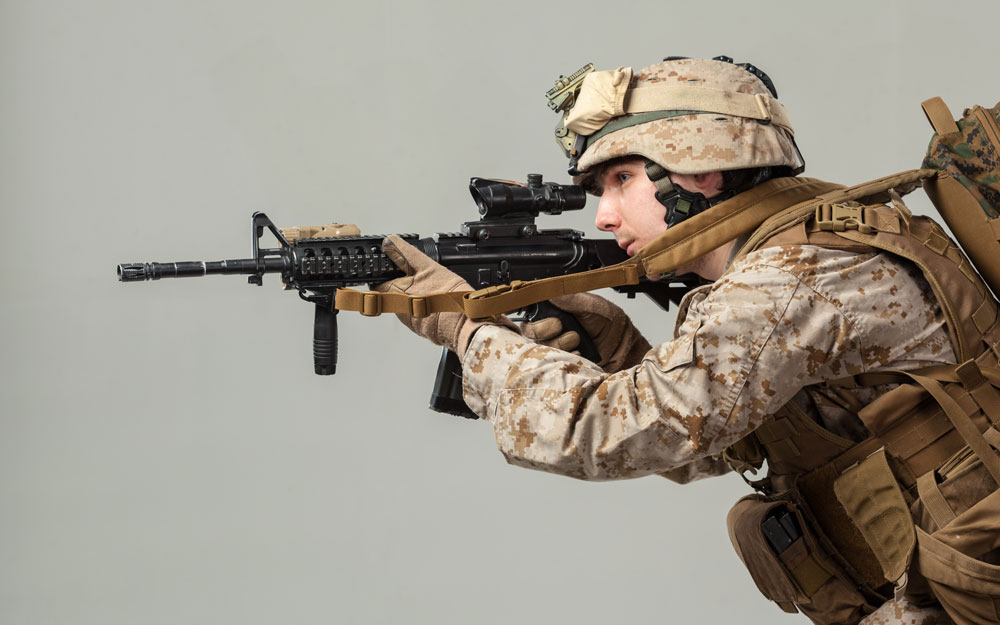 This is the modern version of the infantryman, and it’s the most basic unit in any fighting force. In fact, military experts like to say that there are only 2 types of military personnel. There’s the infantry, and all the others who, in one way or another, support the infantry.

Even in the US Marine Corps, they like to say that everyone’s a rifleman. A marine can be the cook, an aviator, or in military intelligence, but deep down they’re all still riflemen. That’s because only the infantry can hold and take ground.

In a team, the ideal situation is that everyone has the skills needed to be a rifleman. Perhaps you can assign half the team (or maybe 4 members in a team of 10) to remain riflemen while others also have more specialized tasks.

Here’s what to expect if you’re a rifleman:

When you’re a newbie, your first goal is to try to master all the skills needed to be a good rifleman. It’s a job that needs doing, and there’s no such thing as a squad without a rifleman. Before you can try to do any other role, try to make sure you know how to be a rifleman first. Chances are, you’ll be asked to do a rifleman’s role in some types of scenarios. 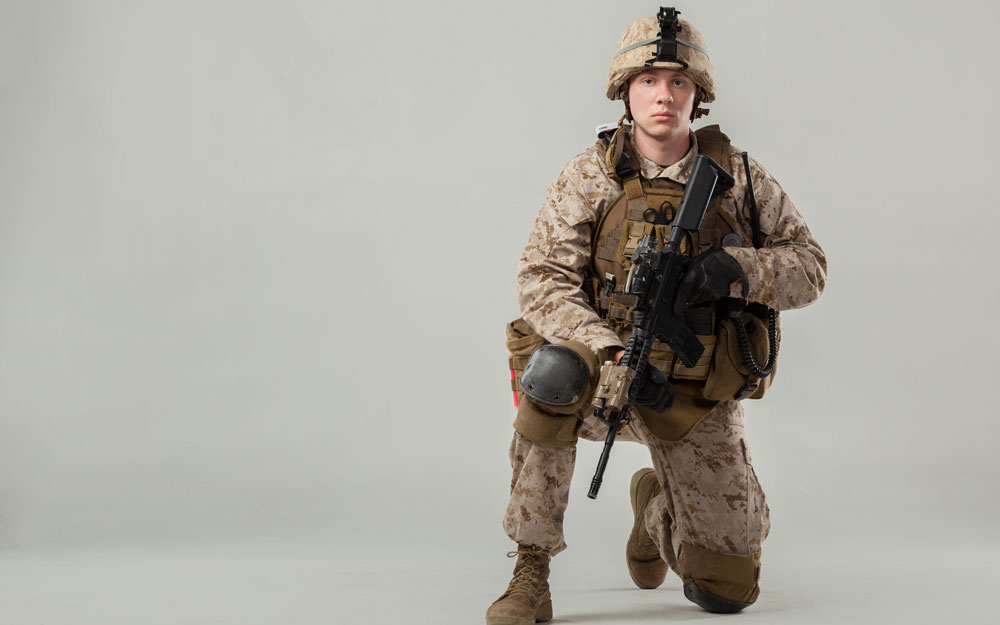 Some say that this is an optional role, but this rank is vital when the team leader is either too busy or gets “killed”. In general, the tactical officer is the 2nd highest ranked officer in the squad. They take charge if the team leader falls.

They also support the team leader by offering advice regarding strategy and tactics. They can focus on this task, so whenever the team leader asks for suggestions, the tactical officer can immediately propose a plan of attack or defense.

Tactical officers are also often versatile, since they may be tasked to do a job if another unit member falls. That means the tactical officer can function in any other role in the unit.

Finally, there may be situations when the team leader decides to divide his army. This is common in some battles, when some members hold off a frontal assault while others in the team try a flanking maneuver. The tactical officer leads this 2nd group, since he has the most experience in airsoft next to the team leader.

The tactical officer gear is often the same as with the team leader and the rifleman. They need a rifle, a pistol, medium armor, and a radio. 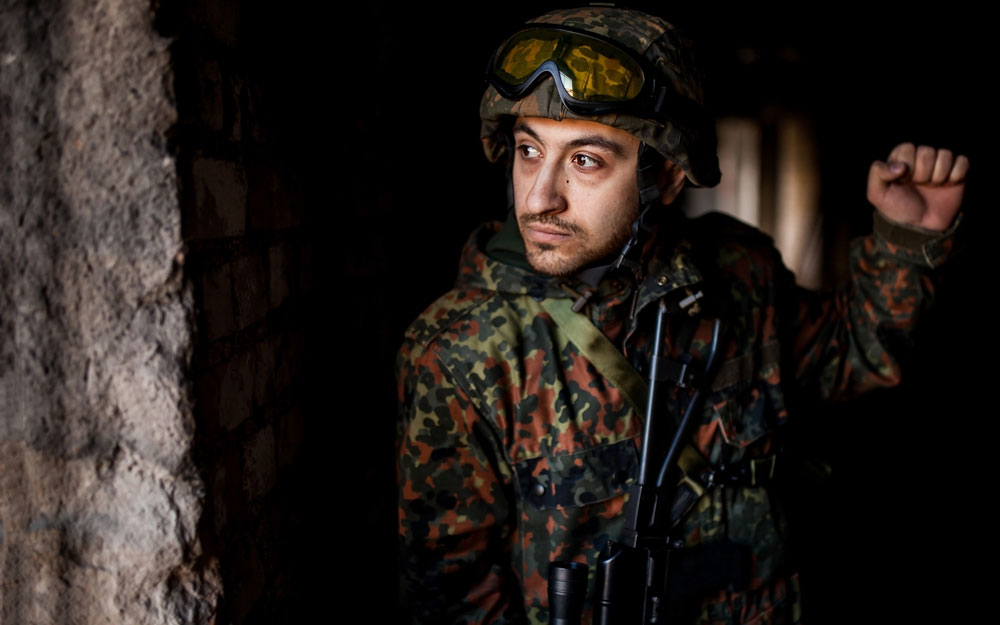 The recon units are the ones who tend to initiate contact with the enemy. When the team is on the move, they’re the ones who try to find the enemy position. They the advance guard who try to sniff out snipers, traps, and ambushes. Ideally, they can report the enemy position without being found out. Recon units can lead a charge against a prepared position, or lead the entry to a room that needs to be cleared.

That leaves you with a problem. Some people want their least experienced men in this role, since they’re the first to fall. But other team leaders like more experienced players in this role, to reduce their chances of getting killed right away.

Often, the recon units are the smaller players who are generally not as easy to spot as their larger counterparts. They should know how to move silently while sneakily using cover. At the same time, they also have to be very observant. It’s great if they have superior eyesight and hearing, so they can sniff out they enemy first. They should be careful yet fearless, and they shouldn’t mind if they get killed early.

Usually, in a team of 10 members you have 2 people as your recon scouts. They can back each other up while advancing stealthily towards enemy positions. In indoor games when clearing a room, they can enter first. 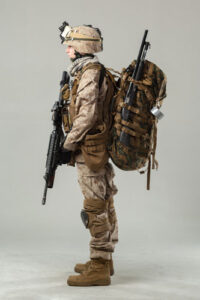 This is often the bigger guys in the team, since their job is often to carry the heaviest weapons. In general, their job is to provide continuous cover fire as the recon and riflemen units advance against the enemy, flitting from one cover position to another.

In defensive battles, the support gunners also provide suppressing fire to keep the attacking enemy from flanking the team’s position.

The support gunners have to be strong, since they need to carry a lot of extra ammunition. They really don’t have to be the best shooters in the team, since they can “walk” the pellets towards the enemy. 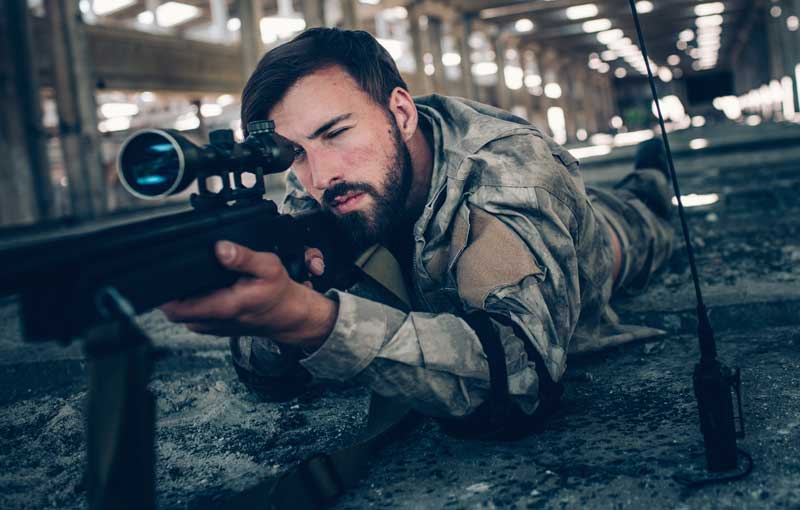 This is often considered one of the “coolest” positions by newbies, but the reality can be very boring. In some cases, you may be asked to stay in the same prone position for hours until the enemy appears.

In most cases, the sniper can be tasked to act as recon. That is, they’re supposed to call in when they see the enemy before they engage. That’s why they often wear special camouflage “ghillie” suits, so they won’t be seen easily.

Snipers are often the best long -range shooters in the team. They tend to use the most accurate bolt-action rifles, and most airsoft fields allow for greater fps limits for snipers.

The psychological effect of snipers is well-known. Lots of units are afraid to get out of cover when they realize that there’s a sniper around. Sometime a sniper can even stay hidden until they can take out the team leader.

In some cases, a sniper unit is a 2-man job, with a shooter and a spotter. The spotter can use binoculars to find targets and to provide cover when the enemy attacks the sniper position. 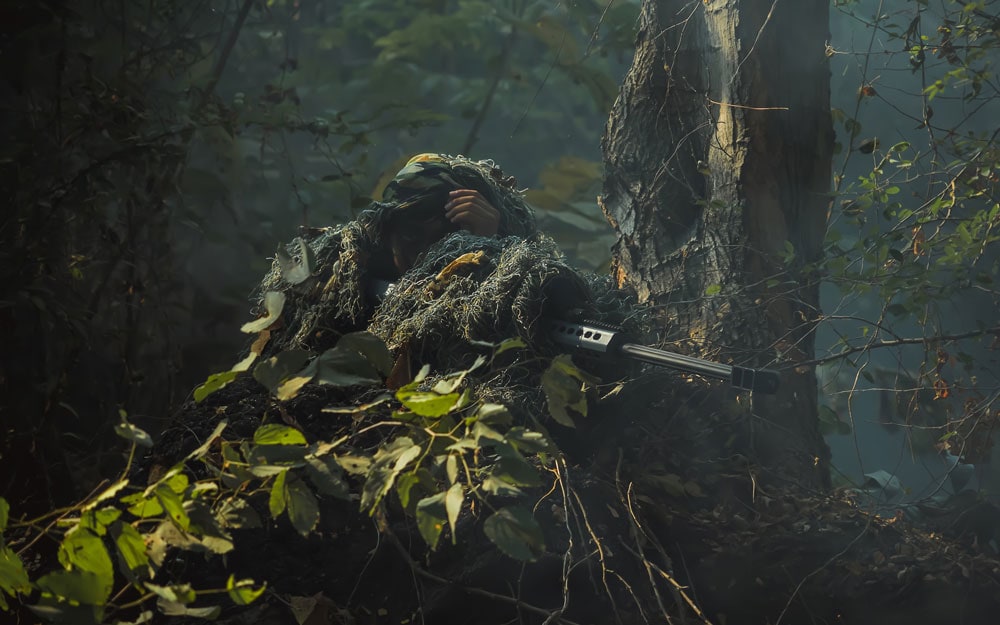 Some teams consider designated marksmen and snipers as the same, as they’re both tasked to hit enemies from farther away.

But there are actually some differences.

In some cases, the DMs can work with the support gunners to provide suppressing fire for the advancing riflemen. 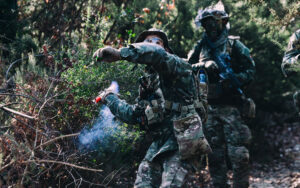 These are specialized units who are experts in using explosives. They’re very effective in lots of CQB combat, since they can really kill a lot of enemies quickly. Their grenades can be the following: 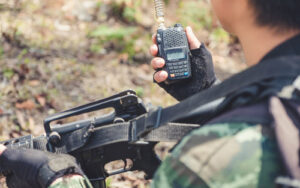 The job here is to focus on the radio communications.

If the game has rules for saving or reviving players, your team may have a designated medic. The job is to prioritize saving “wounded” players while others fight on.

In most cases, you don’t really need a medic. If you do need a medic, it’s best if all the team members know how to revive their team mates.

As you may have noticed, in airsoft teams you don’t have to limit yourself with a precise set of tasks and roles to play. A team leader can also be a rifleman. Your recon scout can be your sniper. Your support gunner can also be your designated marksman. Even your medic can also play the radio officer.

It’s actually fun to play a lot of different roles in airsoft. At the very least, you begin to appreciate the other roles that people play. It’s best if you can pick a role that suits your skills, experience, and disposition. But in the end, the goal is to have fun—regardless of your position!